Using Technology To Communicate With Frontline Staff Is Good For Business 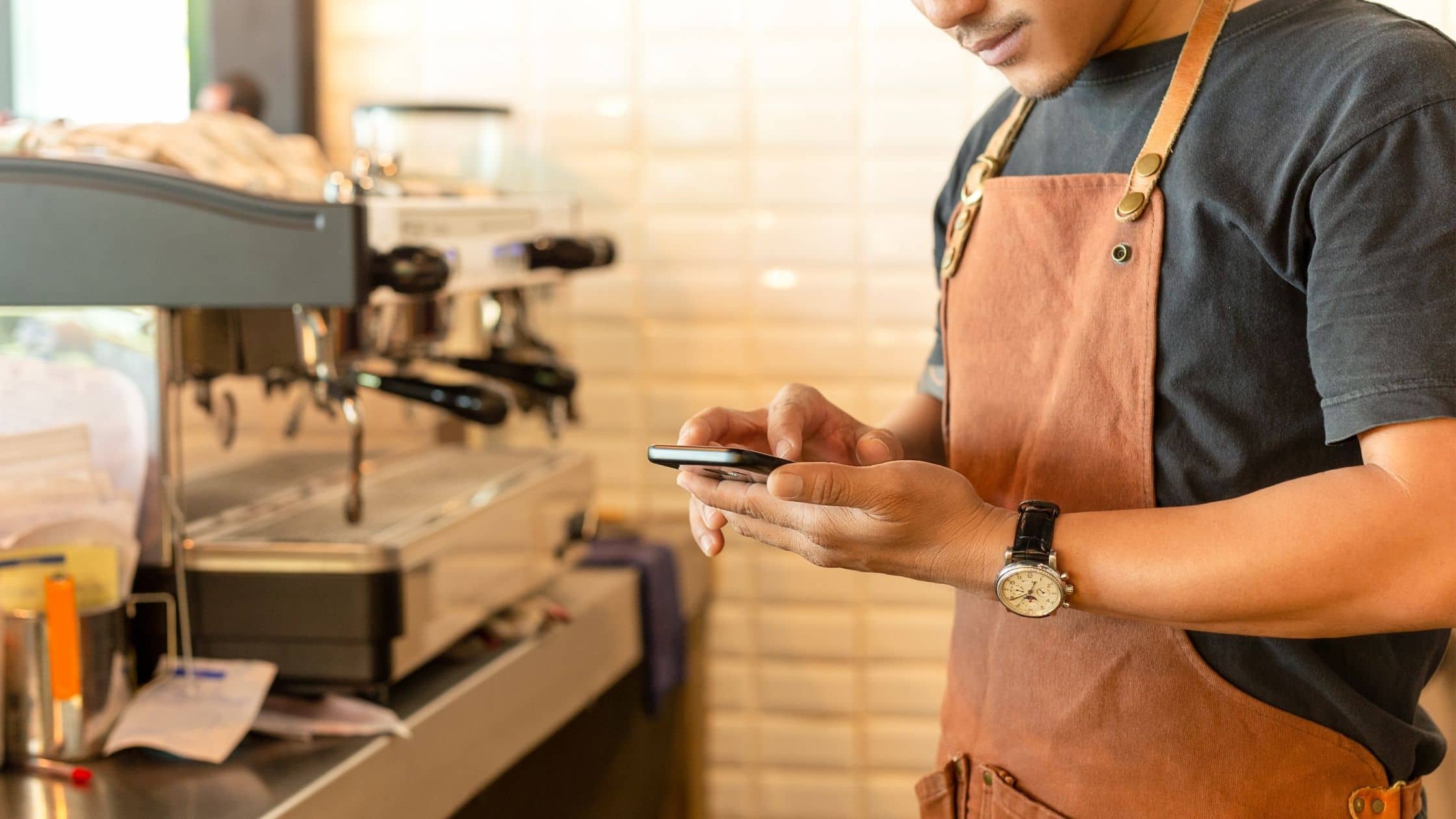 Dubbed The Great Resignation, 2021 was officially the year of quitting. Thanks to severe job dissatisfaction, workers in retail, hospitality, accommodation, and food services were among the top employees to lead the walkout.

And while 2022 has turned a corner with unemployment currently hovering around 3.9% — down from 2021 — all business who have frontline and deskless workers are struggling to retain existing employees and fill open positions.

Episode 1: Welcome to the goHappy Podcast 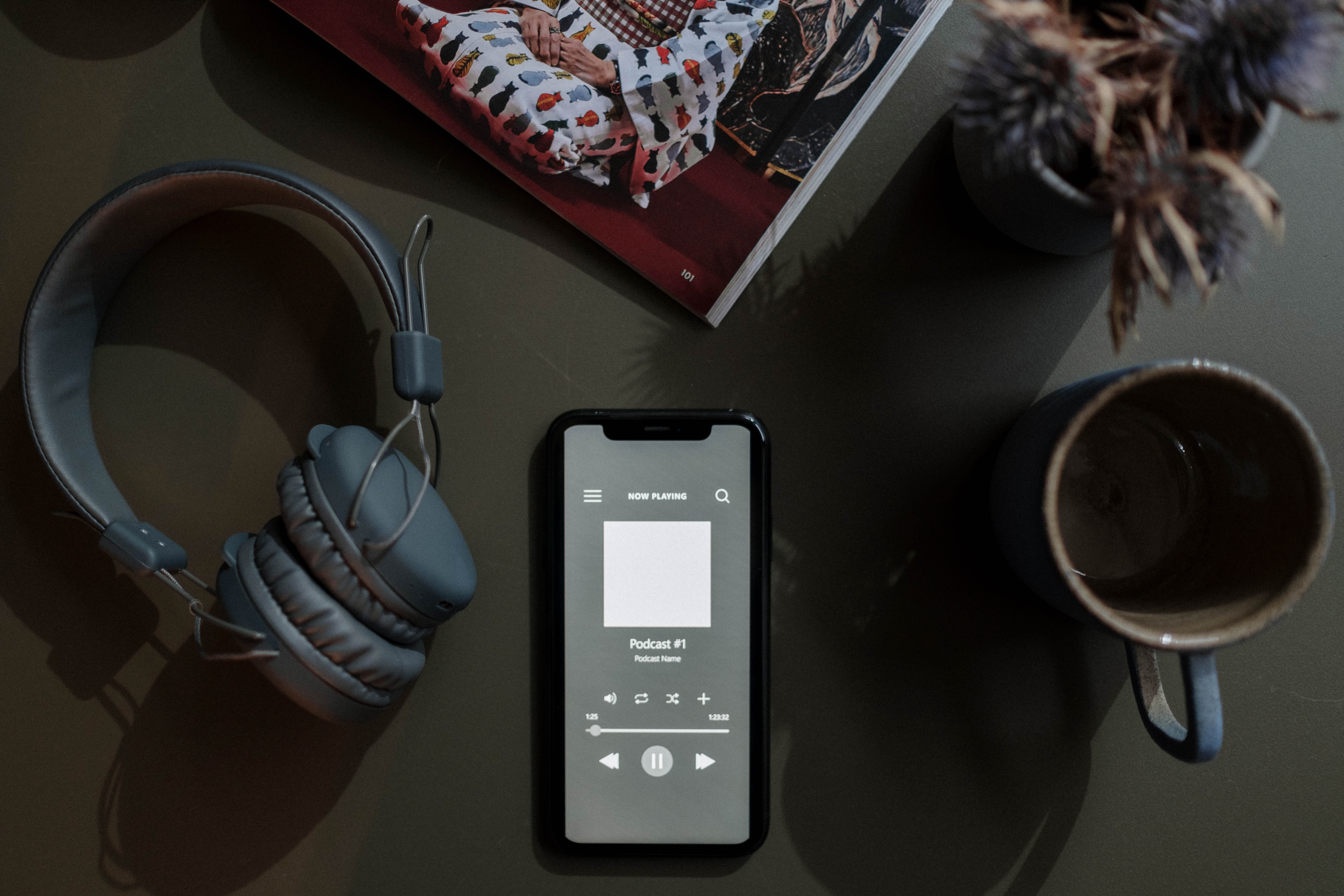 Every industry has its own unique challenges in communicating with its various constituents - prospects, customers and their employees.

Senior living communities are certainly no different.  And, their communication challenges are unique and heightened in two ways:

1. Like most industries that have a large number of frontline employees who don’t have company issued email, they struggle with how to effectively communicate with those employees; and
2. they have an added layer of complexity because they need to communicate (in real time in a lot of instances) with their “customers”, who in a lot of cases are both their residents AND the family members of those residents, and they are not tied to a desk/email during the day.

To say that we have enjoyed working with these companies is an understatement - we have LOVED working with them and seeing all of the different ways in which they’re using the goHappy platform to solve for those challenges.  Below are a few examples of those just in case it can be helpful to anyone else out there who has similar challenges - we hope it can get your wheels turning!  In all of these instances, they are using goHappy to send text messages directly through our software to their frontline employees, residents and family members.

The “Genius” of Managing AND Leading 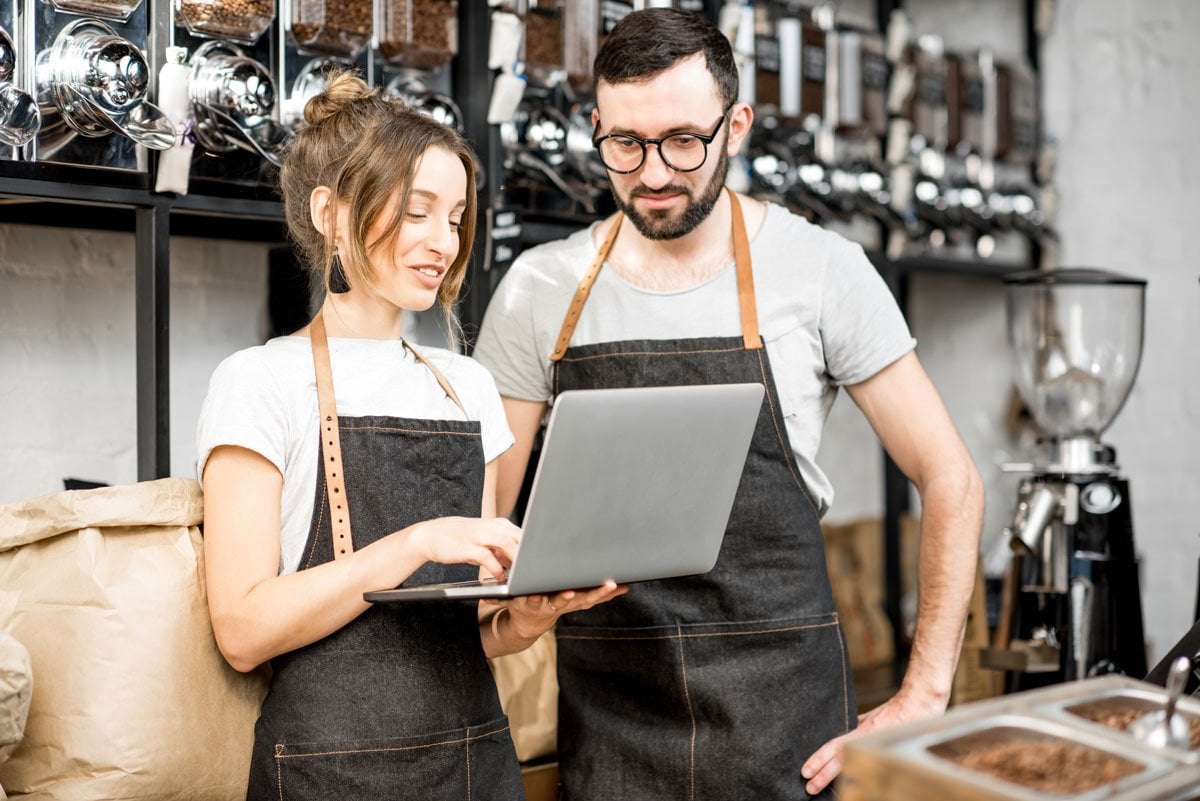 In his book, “Built to Last”, Jim Collins talks about how highly visionary companies do not oppress themselves with what he calls the “Tyranny of OR” – the reluctance to accept two seemingly contradictory forces or ideas at the same time.  The “Tyranny of OR” pushes people to believe that things must be either A or B, but not both.  Instead of being oppressed by the “Tyranny of OR”, highly visionary companies liberate themselves with what he refers to as the “Genius of AND” – the ability to embrace both extremes of a number of dimensions at the same time.  Instead of choosing between A OR B, they figure out a way to have both A AND B.

The terms “management” and “leadership” are often interchanged. In fact, many people view them as basically the same thing.  Yet, when you look at the “what” and the “how” of managing vs. leading, there are some clear distinctions between them.   Here are a few of the notable differences:

It’s How You Make Them Feel

It’s not surprising in this highly competitive labor market that the top concern facing CEO’s in organizations that employ large numbers of frontline employees is their ability to hire and retain staff. As a result, employee engagement has become a key strategic initiative with leaders and managers at all levels devoting more of their time and focus to create a positive and engaging experience for employees. Being more intentional about what leaders and managers need to do to drive higher engagement levels, represents a needed and critical step forward.

The pandemic put a strain on the hospitality industry, causing company cultures to change and increasing employee turnover rates. Employers not only needed a quick and easy way to communicate COVID-19 policies and procedures, but also a permanent way to communicate ongoing updates and engage with frontline team members. 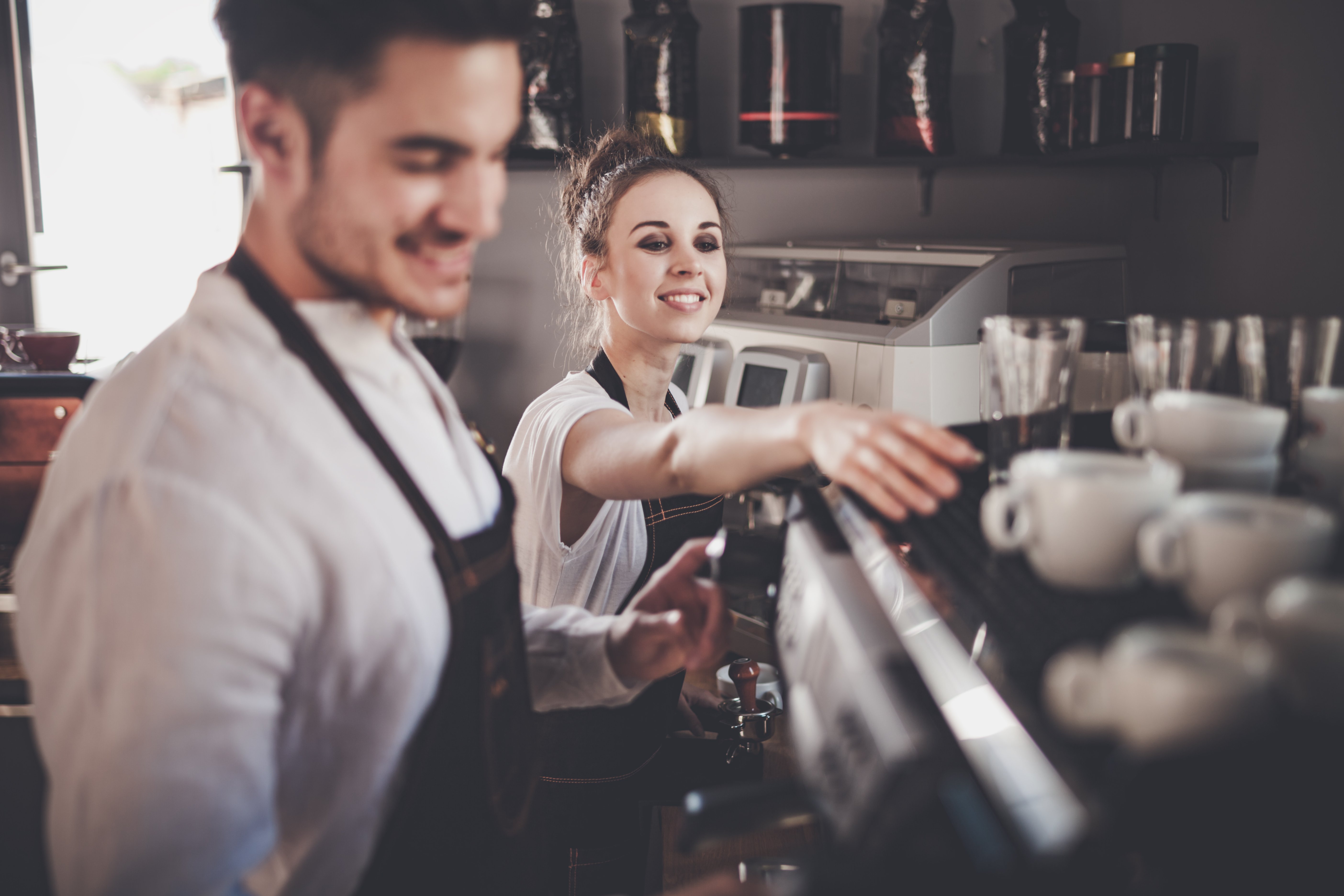 Studies show frontline employees feel undervalued and disconnected from their leaders, causing a lack in commitment, engagement and contributions to the workplace. However, companies that invest in engaging frontline team members have seen positive results like higher revenues, productivity and lower turnover. HBR Analytic Services reported that 87% of nearly 500 business executives said they will be more successful when frontline workers are empowered to make important decisions in the moment.

The Supreme Court yesterday largely blocked the Biden administration’s plan for requiring business owners with 100 or more employees to require their employees to be vaccinated against COVID-19 or submit to weekly testing. 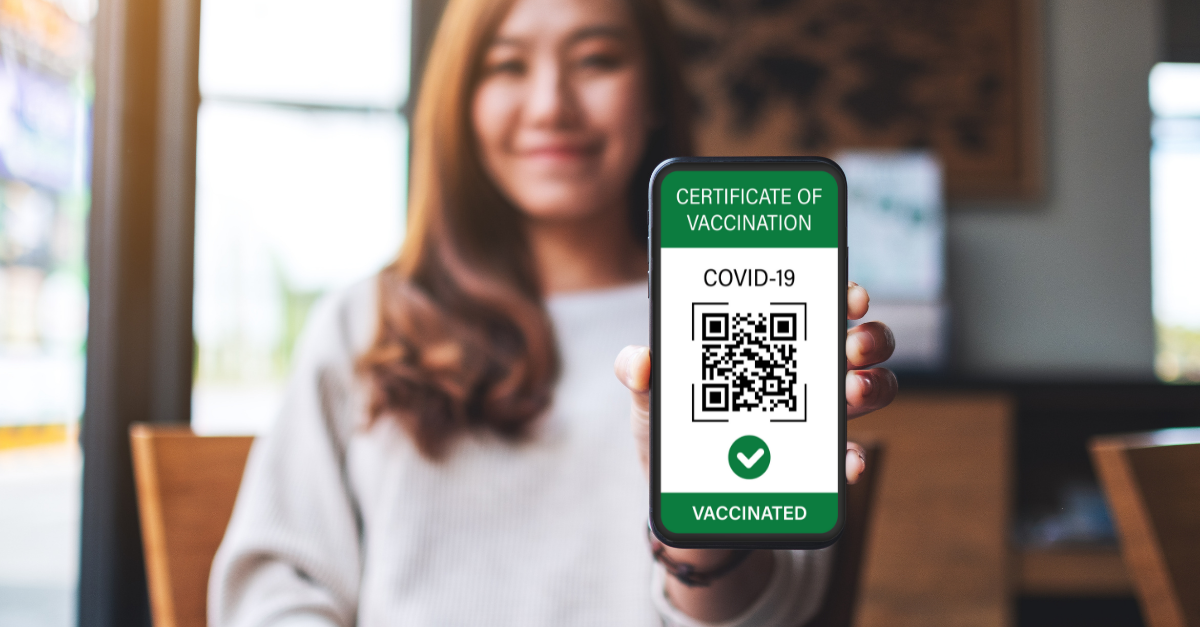 A federal court has lifted a stay on the Biden administration’s rule that forces business owners with 100 or more employees to require their employees to be vaccinated against COVID-19 or submit to weekly testing. 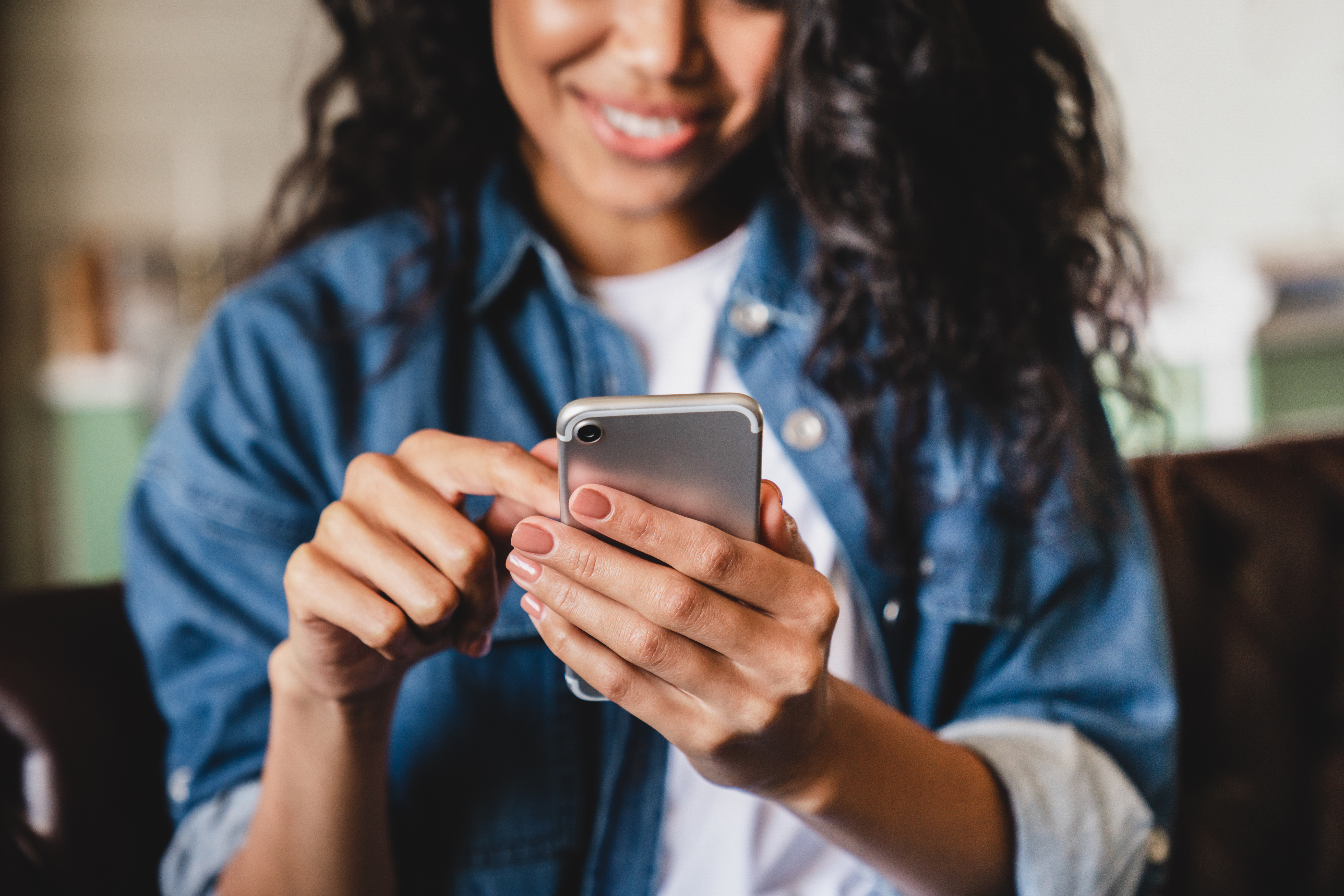 If there is one thing employers have learned over the past 18 months, it’s the importance of engaging their frontline employees. Intentional and authentic engagement have proven to reduce employee turnover and lower absenteeism while increasing productivity and profitability.

Engaging Your Employees During the Holidays

The holidays are upon us. And while many of us are looking forward to a little rest and relaxation – and maybe some travel – away from the office, most frontline workers will be at work throughout the holiday season. 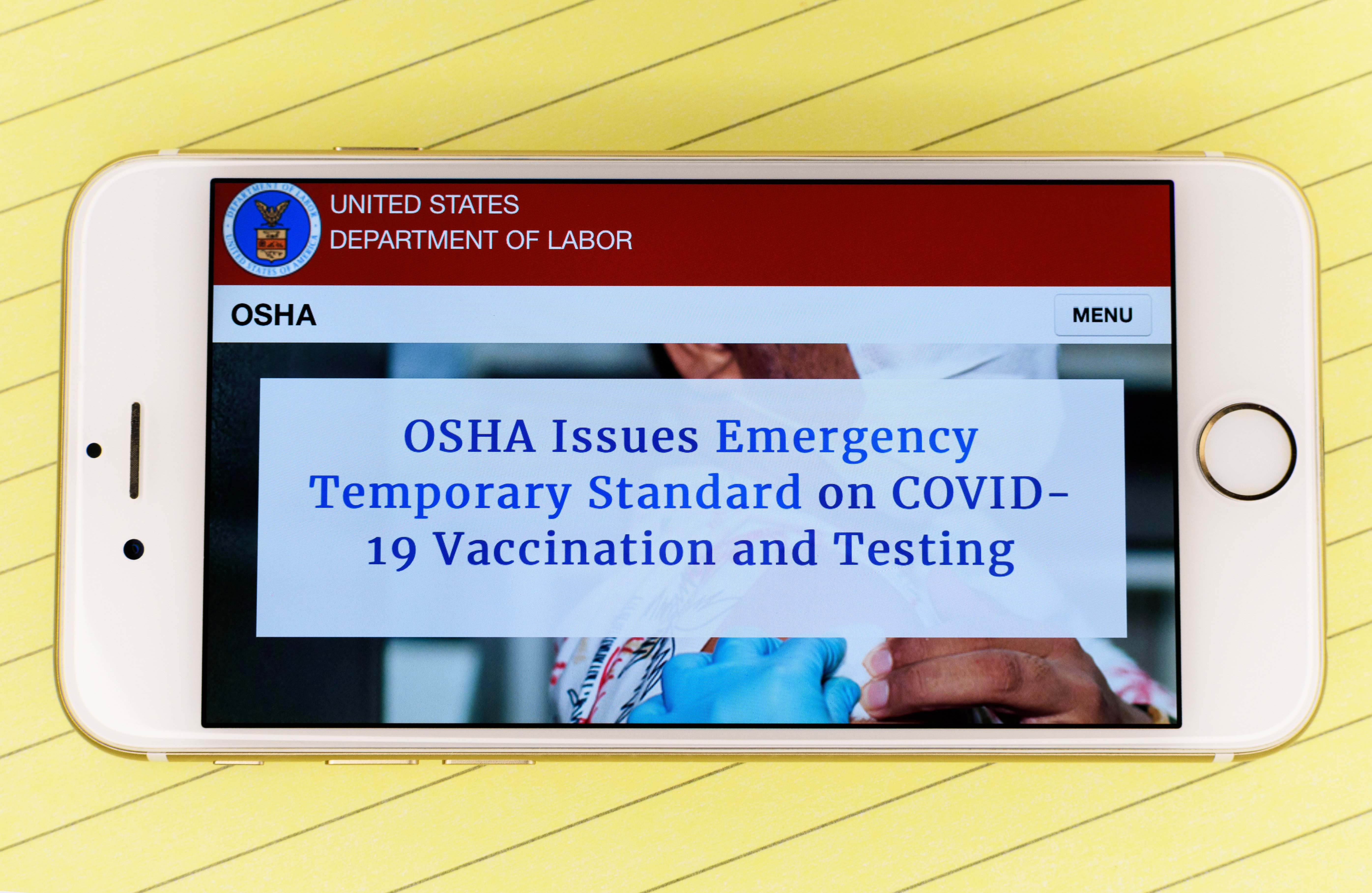 Despite legal challenges, employers across the United States have been preparing to adhere to OSHA’s vaccine mandate, which calls for business owners with 100 or more employees to require their workers to be vaccinated or submit to weekly testing. According to OSHA, companies must have a policy in place by Dec. 6 and begin implementing those plans by Jan. 4. 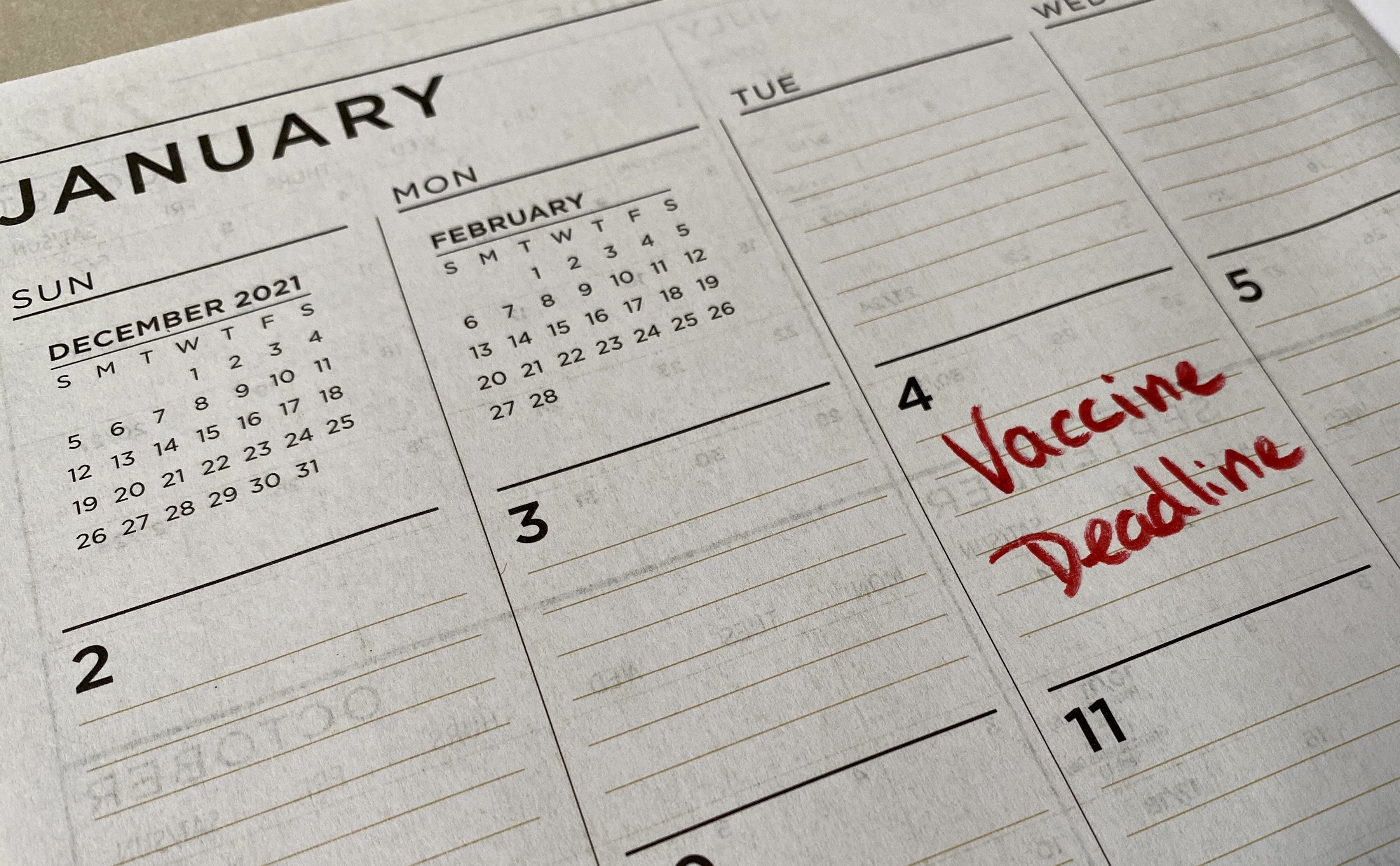 By now, you’ve most likely heard about the workplace vaccine mandate planned by the Occupational Safety and Health Administration (OSHA).

Tips for Texting Your Employees After Hours

We all get unwanted texts.

Amid a Labor Crisis, Retention is Critical

Last week, The Wall Street Journal reported that there are 4.3 million workers “missing” in the United States. 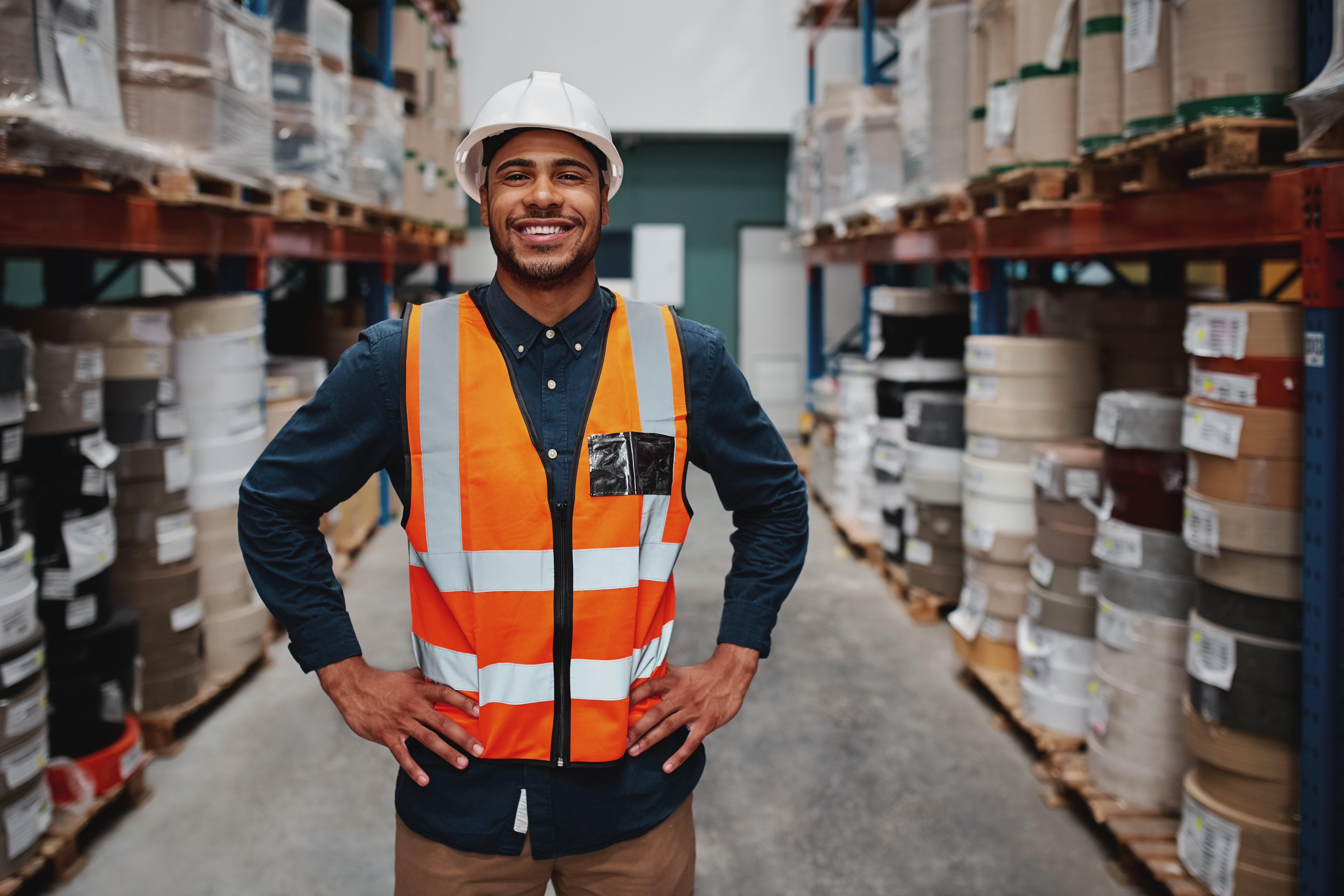 According to Gallup, 70% of the variance in employees’ engagement is determined solely by their direct leader.  And, given the financial benefits of having an engaged workforce, such as increased profitability, higher sales, lower turnover, etc., you would hope that frontline leaders would have their employees’ engagement level as a top priority. 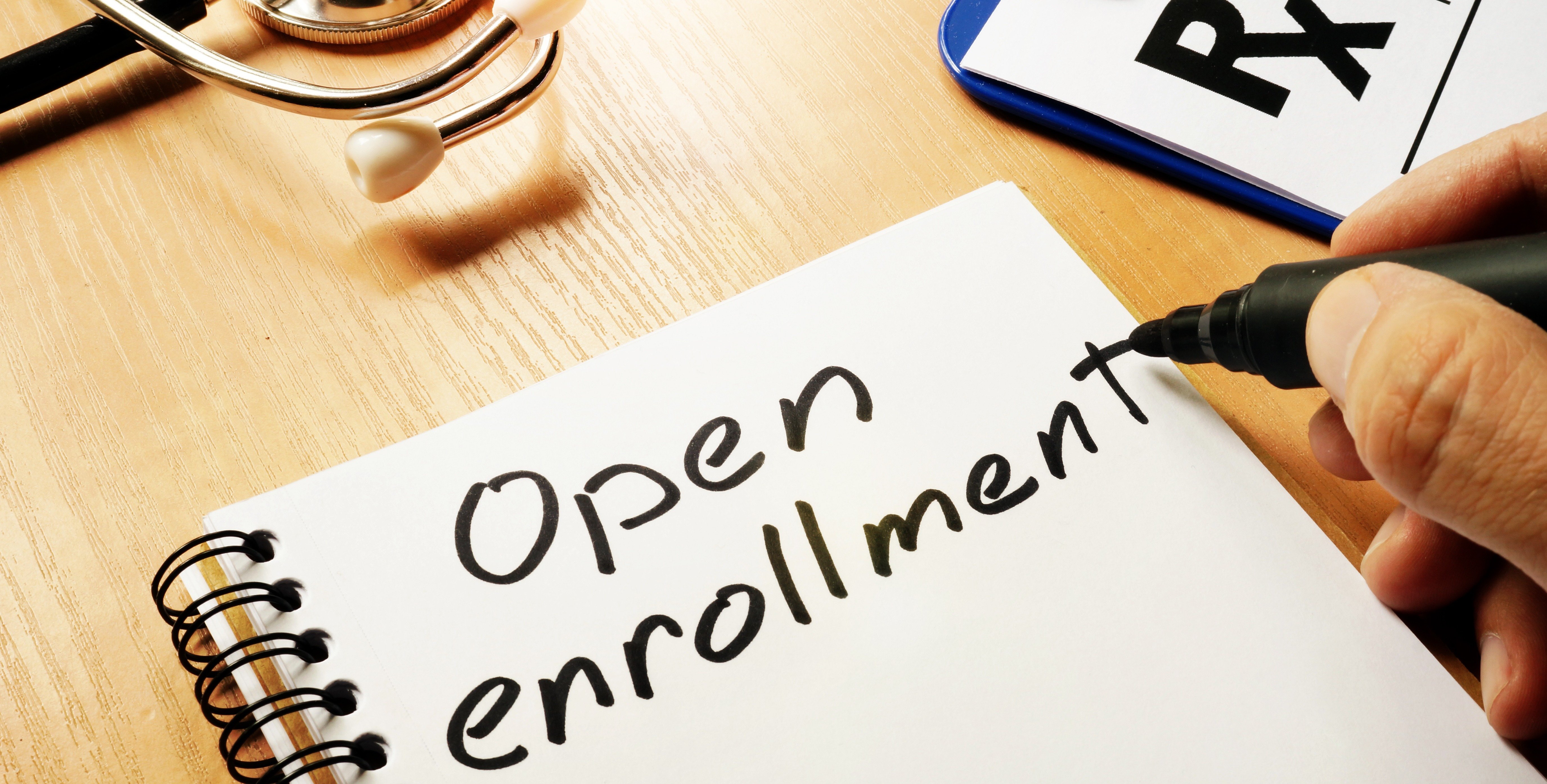 The Value of an Engaged Workforce

I’ve been on no fewer than 10 calls over the past several weeks with heads of HR and talent acquisition specialists at some of the best employers in the country, and they’re all saying the same thing about the recruiting environment right now: “I’ve never seen anything like this”. 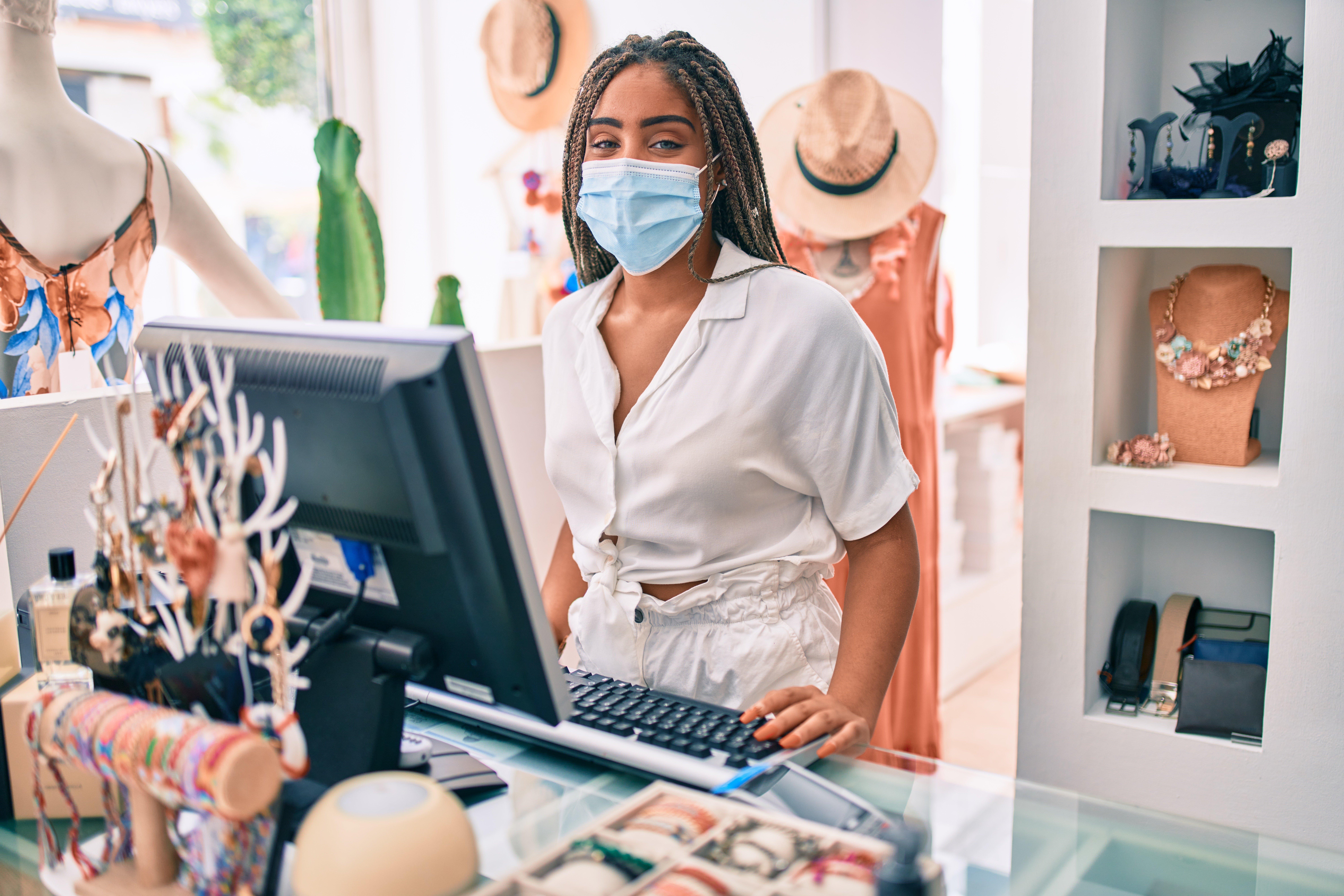 Seasonal hiring is more competitive than ever before as companies across the country look for innovative ways to staff up ahead of the holiday shopping season.

Labor Day: Why We Celebrate Work 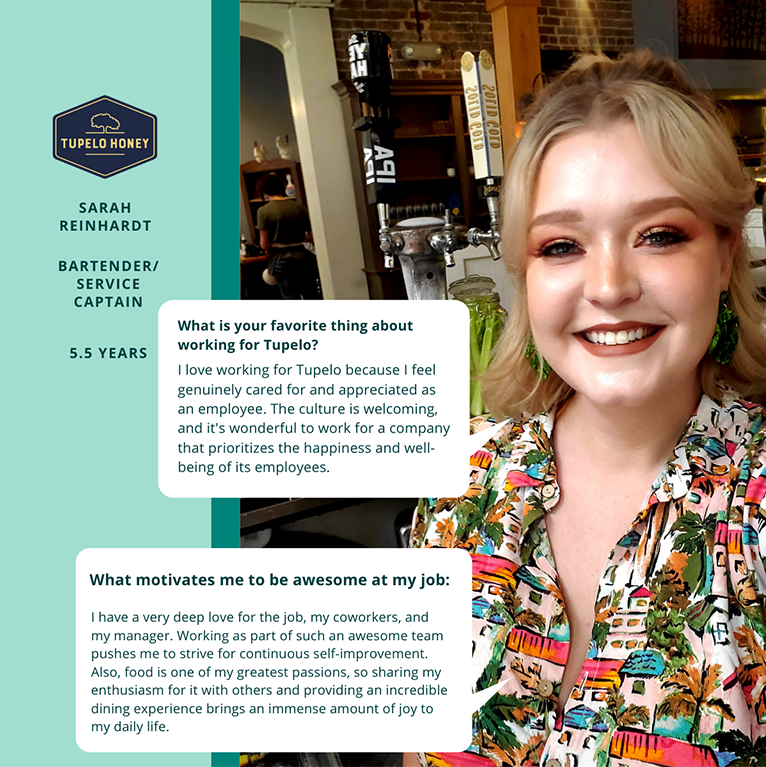 How to be inclusive with your frontline communication strategy 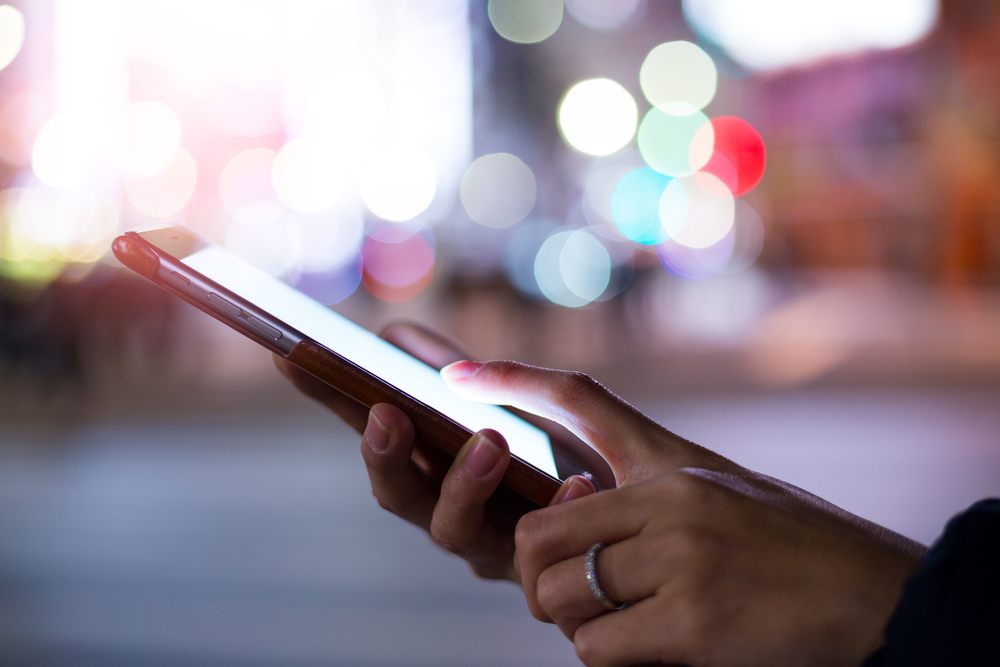 There has been a surge in frontline communication tools in the last few years, and for good reason. It’s no secret that the frontline, hourly employee has always been described as “hard to reach”.  Add a global pandemic to the mix and it quickly became alarmingly apparent in industries like restaurant, retail and manufacturing, where employees still needed to physically go to work, that real time communication was a problem.

The Keys to Frontline Employee Engagement 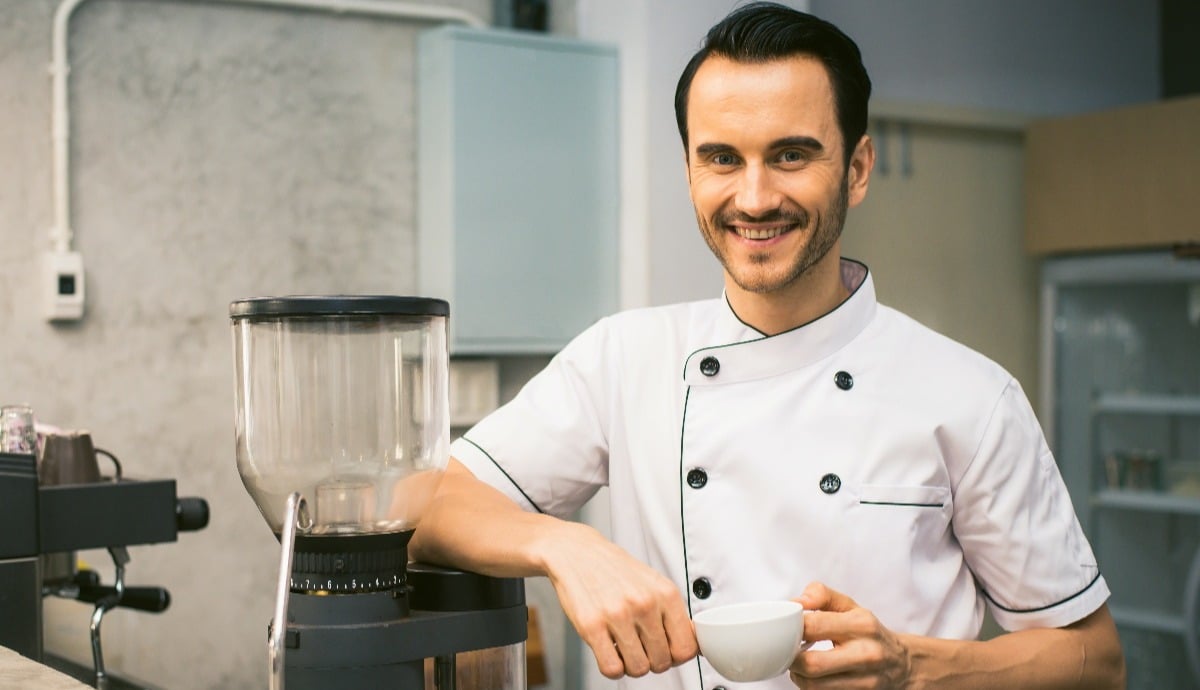 We recently hosted a webinar regarding the keys to frontline employee engagement and the bottom line impact that it drives, with special guests Dave McKlveen, Vice President of Human Resources for Organic Krush and formerly VP of HR at Cava, and Greg Moyer, Chief Engagement Officer at goHappy Hub.  Below are the quick hitting highlights, and for a more full deep dive, click here to watch the full Webinar.

What California Employers Need to Know about CA Assembly Bill 685 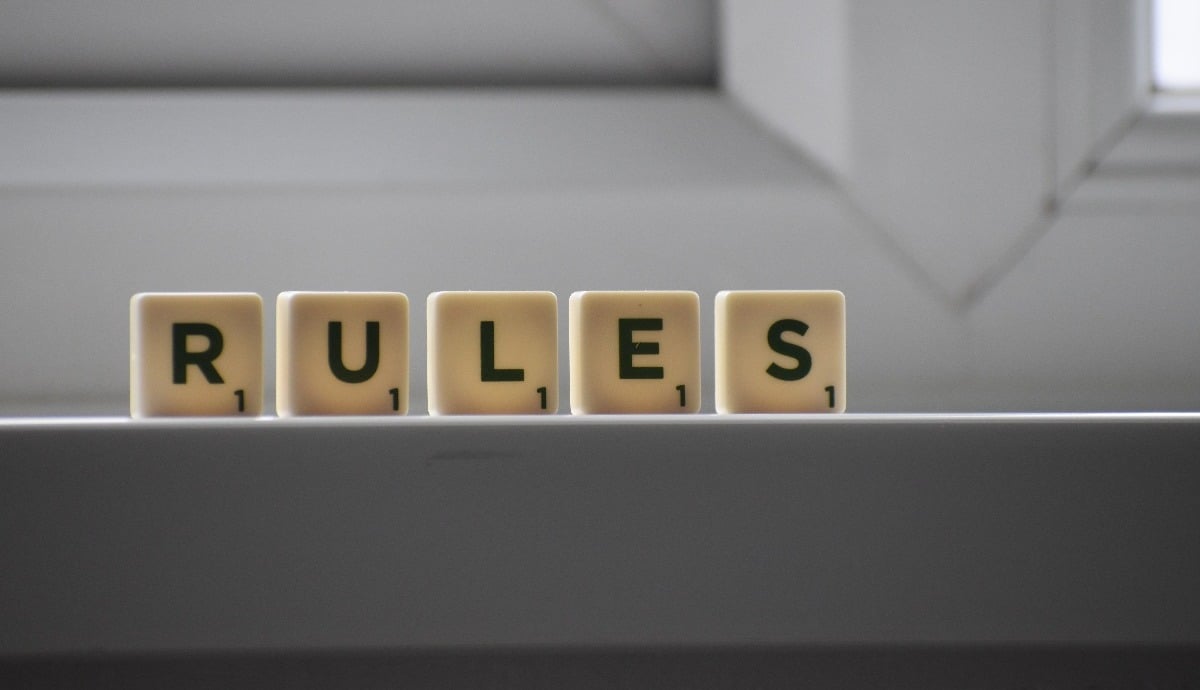 We recently hosted a webinar regarding what CA Assembly Bill 685 requires of California employers, with special guests Wengy Sugg, an experienced labor and employment attorney, and Amir Durrani, VP of Human Resources at NORM’s Restaurants, an iconic CA based restaurant concept with 20+ locations.  Here are the quick hitting highlights of this Bill that went into effect on January 1, 2021.  For a more full explanation, click here to watch the Webinar.

Introducing goHappy Hub! Where Your Frontline Drives Your Bottom Line 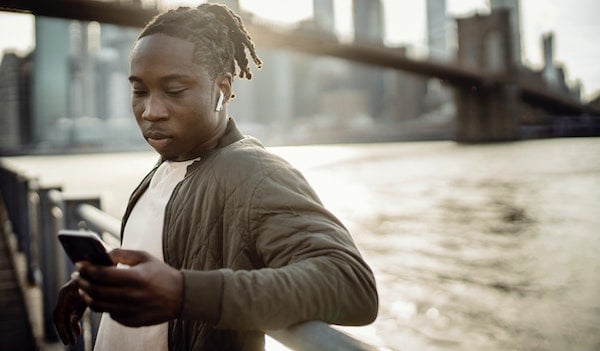 As I was sitting there waiting for my food at the Legal Sea Foods at Boston’s Logan International Airport in November of 2012, a man caught my eye.  He was outside on a ladder cleaning the windows of the gate next to the restaurant. As I sat there and watched him, I was mesmerized by how meticulous he was.  He was so carefully cutting into the corners of each window. 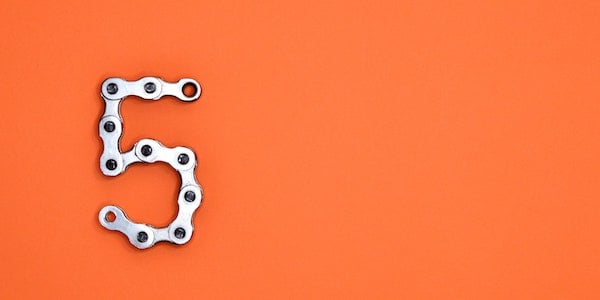 Three days ago I was having lunch at the top of a mountain at a Colorado ski resort during our family’s spring break, and as we talked to our server about COVID-19 and whether the resort had talked about closing, she said her team had a meeting with her manager that morning and there were discussions that the mountain might close. She was scared to death because she didn’t know how she was going to pay rent if it did close. 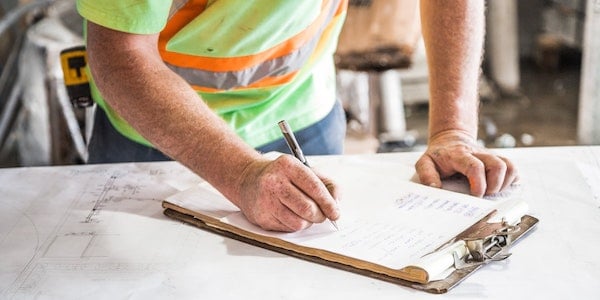 goHappy is thrilled to officially kick off The goHappy Extraordinary Worker Campaign in order to recognize the amazing work that hourly workers are doing every day through which we will be giving away over $20,000 in 2020 to these incredibly deserving individuals.

A Day in the Life of an Hourly Worker Right Now 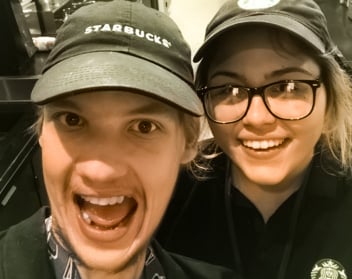 Be extra kind to the frontline right now

Celebrate Your Favorite Hourly Worker & Give Them a Chance to Win $1,000

While most Americans with a “desk job” are being required to work from home, millions of “desk-less” hourly workers across the country are continuing to show up to work so that we have the things we still need – grocery store clerks so that we have groceries (and MAYBE even some toilet paper!), delivery drivers so that we don’t have to expose ourselves to others, plumbers to fix our leaking sinks, health care providers to take care of our sick, etc. Social distancing is not an option for them.

Your Frontline Employees Want to Hear From You about COVID-19. Daily 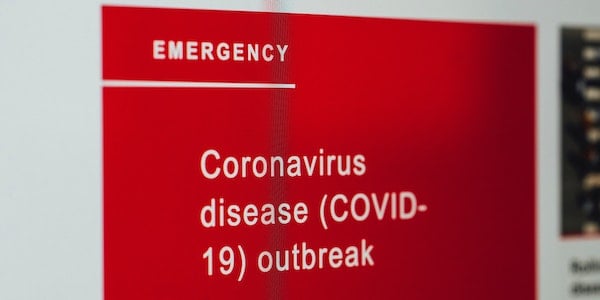 At a time when there is so much information coming at people, it turns out that you, their employer, are the #1 source for credible COVID-19 information they need to know.

3 Ways to Communicate with Your Furloughed & Laid Off Frontline 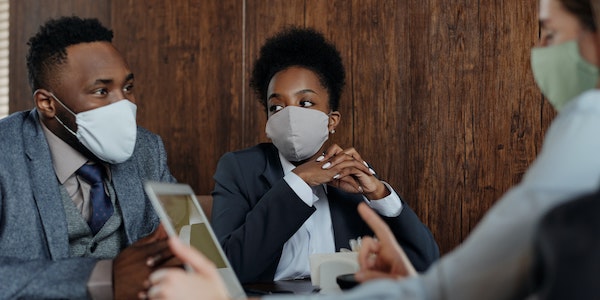 HR teams across the country are doing amazing work right now that is both emotionally and physically exhausting.